Running the Alps: Learning from the Past to Get Ready for CCC

Posted by Chris Wristen on August 20, 2017
Posted in: Uncategorized. Leave a comment 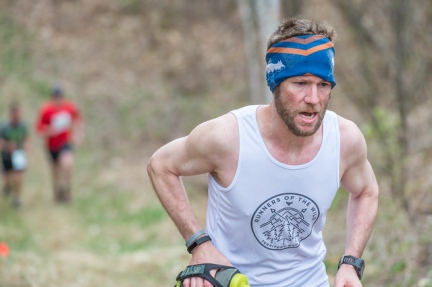 Exhausted, dehydrated, out of water, I was flat on my back in the grass next to the trail. James and I were within a mile of the hut where we’d reserved bunks for the night. I could see the hut from my shaded place in the grass, about 800 meters above us.

Steep switchbacks zig-zagged their way up to the hut, but I knew I couldn’t get there. I hadn’t put in the necessary work to prepare for such a rigorous hike, a journey that had already taken us countless miles over multiple ridgelines. I’d given my then-29-year-old self way too much credit for thinking I was fit. I’d been wrong, and now I was paying for it.

I was certain I was going to die.

Marshmallow clouds crept over snow-capped peaks to my right, drifted across the blue sky above and then disappeared over the peaks to my left.

If this is how I’m going to go out, I thought, then what a spectacular final view.

I was wrong, of course. James ran to a nearby mountain farm and refilled our bottles. That hydrated me just enough to gradually drag myself by my poles up to the hut where a Swiss three-course meal and comfy bunk allowed me to refuel and recover for the next day’s all-downhill trek to a train station.

I’ve looked back fondly on the two-day adventure in the Alps with James as the years have passed. We met in the Alps in 2007 and spent a few days hiking, and we plotted the 2009 reunion hike months in advance.

I spent a few weeks hiking in the Swiss Alps during the summers of 2006, 2007 and 2009, but that moment flat on my back staring at the clouds and feeling like death was closing in on me in 2009 taught me a valuable lesson: the Alps may be spectacular, but they can be awfully savage to the unprepared hiker.

I wasn’t yet running trails when I last visited the Alps, so I know the mountains from a hiker’s perspective. On Sept. 1, I’ll tackle them as both a runner and hiker when I toe the starting line for the CCC 101K. The race will start in Courmayeur, Italy, pass through Champex-Lac, Switzerland, and finish in Chamonix, France. The race will throw 20,000 feet of climbing at me while covering the final 63 or so miles of the Ultra-Trail Du Mont-Blanc course.

I haven’t had an official training plan to get ready, but I also haven’t forgotten the lessons from my past in the Alps. I’ve put in plenty of work, and I hope it’s enough. Everything I’ve done this year has been preparation for CCC. My fiancée and I ran the TARC “Don’t Run Boston” 50K in April at the Blue Hills Reservation as a tough training day. I took a DNF after 36 1/2 miles at The North Face Endurance Challenge – Massachusetts after overheating and fighting cramps on Wachusett Mountain, but got my longest time-on-feet day of the year. I’ve also finished the 7 Sisters Trail Race, as well as four races in the USATF-New England Mountain Running Series, including the Loon Mountain Race with around 3,000 feet of gain in nearly seven miles, and the Cranmore Mountain Race that served as the USATF Mountain Running National Championship.

I logged more than 150 miles during each month from January through July of this year. March and April were the first 200-mile months of my life.

At the USATF Mountain Running National Championships at the Cranmore Mountain Race.

Today’s 7 1/2-mile run gives me 1,357 for the year, surpassing my previous all-time biggest yearly mileage total of 1,351 miles – with more than four months to spare.

Have I done enough to prepare me to have a successful run at CCC? I have no idea, but I sure hope so. I’ll find out in 12 days.

What I do know is that I’ve learned from the past, respected the Alps during my preparation, and will step to the starting line humbled by the task that lies ahead and ready to fight like hell to reach the finish line.